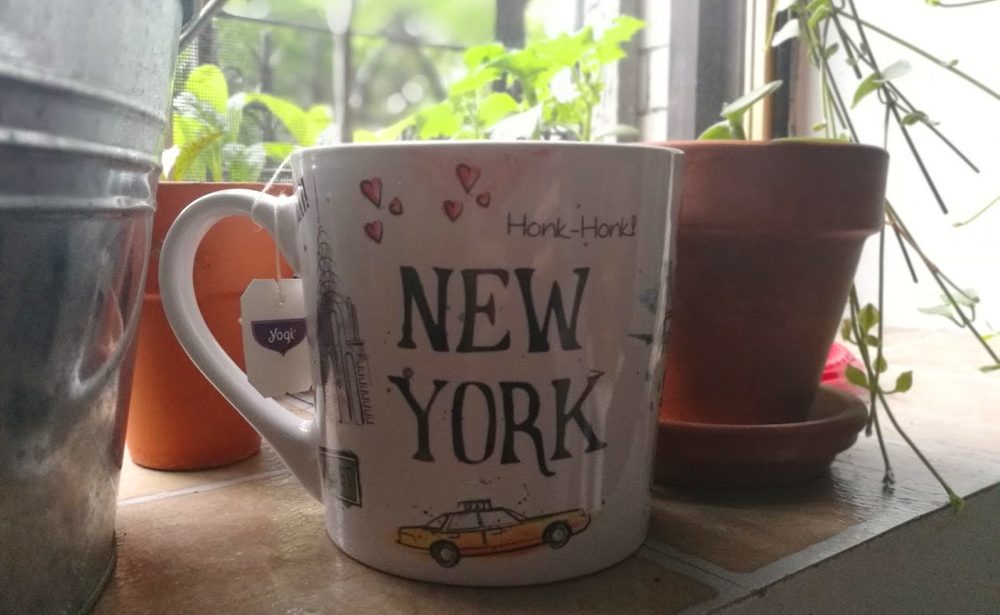 I was supposed to come and tell you about my first day feelings in New York earlier, but as you might have guessed, recovering from jetlag, exploring the city and catching up with my friend made time fly. I feel like I’ve been here forever, even though it’s only been four days. Some people have been wondering how I can afford to stay in New York for a whole month – isn’t accommodation super expensive? It  would be if I was staying at a hotel or motel, but I’m in fact staying with my oldest friend Emily. We’ve known each other for twenty years and are practically sisters.

As my Instagram followers already know, my friend has a cat and a dog. The cat, Dobby, is from Panama and definitely the boss of these two. Senza is a Labrador and Pitt bull mix. Both are very sociable and affectionate. Senza has actually slept in my bed from the very first night I got here. We’ve also explored the neighborhood together on walks. The neighborhood and surrounding areas are very pretty and green. The Hudson river flows close by and has a nice walking trail on the banks. I’ve heard it takes about an hour to bike by the river and through the parks to Central park. We’ve been talking about taking a day to take a bike ride to the city. 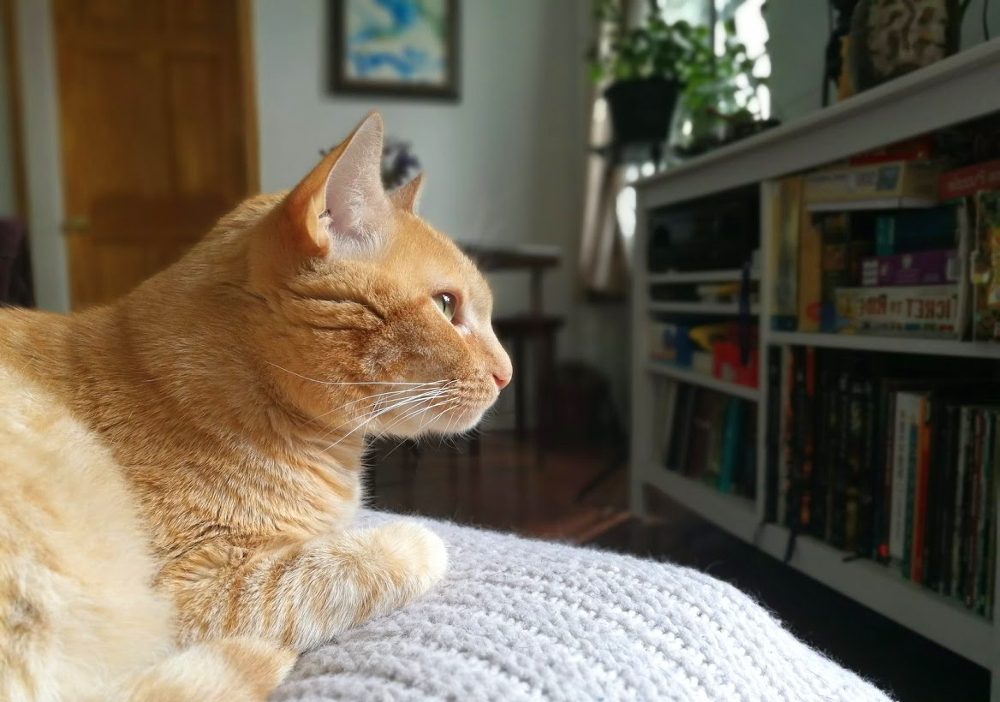 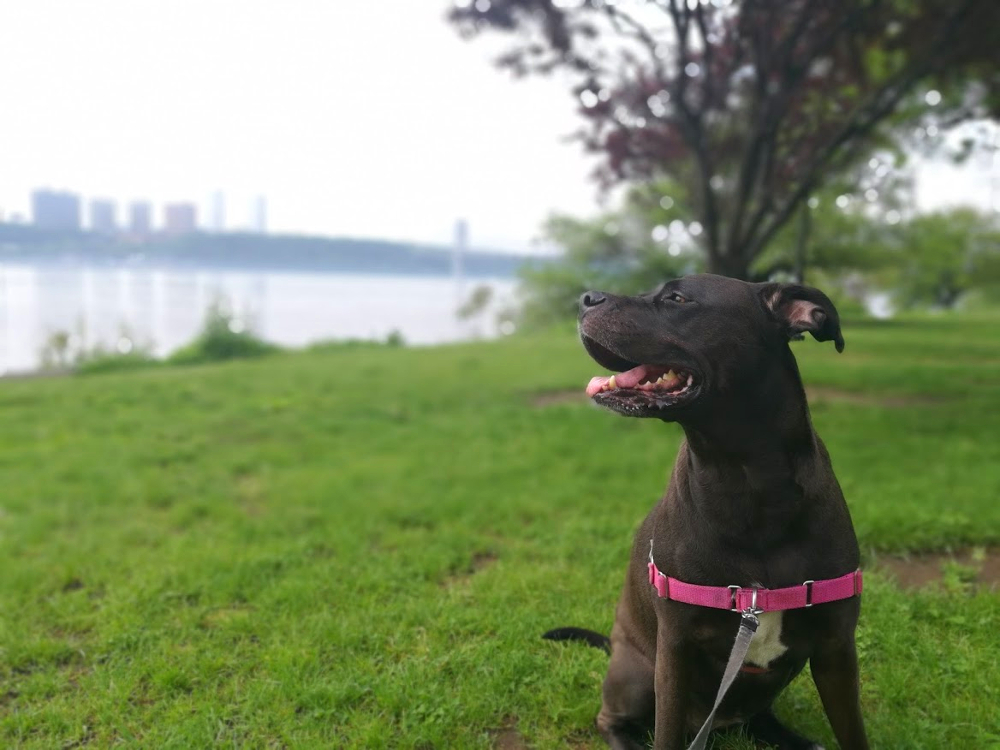 My travel here was good, but extremely long. I left my home town Vaasa on Tuesday morning, arriving at JFK at 11:30 PM on Wednesday. With time difference that’s about 48 hours of travel with very little sleep. I had a seven-hour transfer in London, because I wanted to save on airfare. I was mentally prepared for that seven hours of waiting, but the flight ended up departing four hours late. Ten hours of waiting felt like forever. Emily came to pick me up at the airport, even though she had to go to work the next day. I’m super thankful for that, since if she hadn’t, I would have had to make my way across the city on my own. We finally crashed at aroud 2AM.

The first few days I mostly spent recovering from traveling and jetlag. My friend is very interested in environmental issues, and she had signed up for an event on Thursday related to composting projects in New York. I decided to go with her. Even though composting might not sound like the most glamorous subject, it was very interesting to hear about what kind of projects the participants had come up with for their neighborhoods. There were ideas from the Upper East Side to the Bronx. The event was related to a course that aims to raise awareness of composting and ecological choices as well as offer help to create easier and more accessible ways to compost in the city. The event took place on the Lower East Side – the views were beautiful when the sun set! 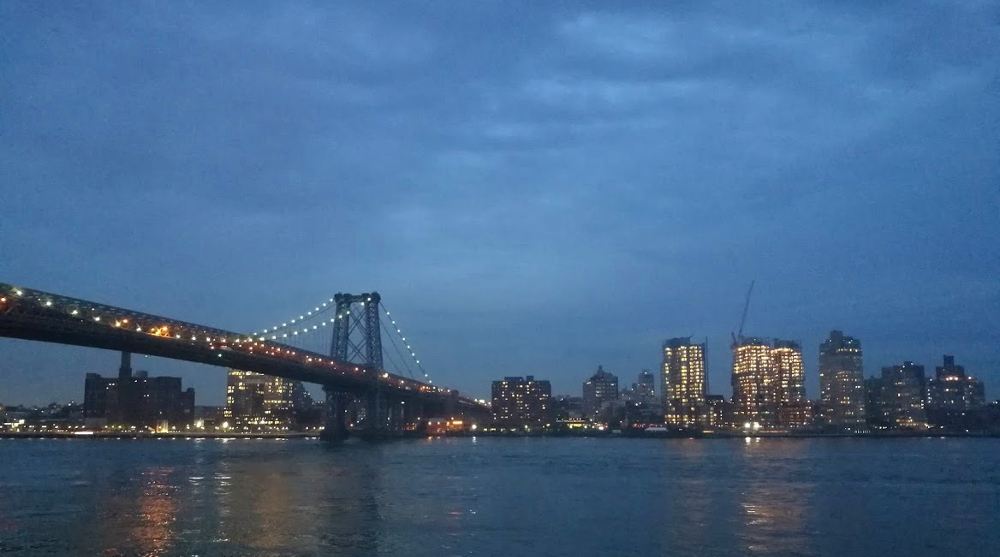 On Friday we decided to just chill and made dinner together. We spent most of the evening just catching up and talking, even though we had originally planned on watching a movie. But it didn’t really matter, it was nice to catch up after an eventful year. On Saturday we headed off to Brooklyn, where I got to meet some of Emily’s friends. We had planned on taking the subway home from Brooklyn but ended up catching a ferry to Wall Street and on to the 9/11 Memorial site. I’ll tell you more about this day in my next post. 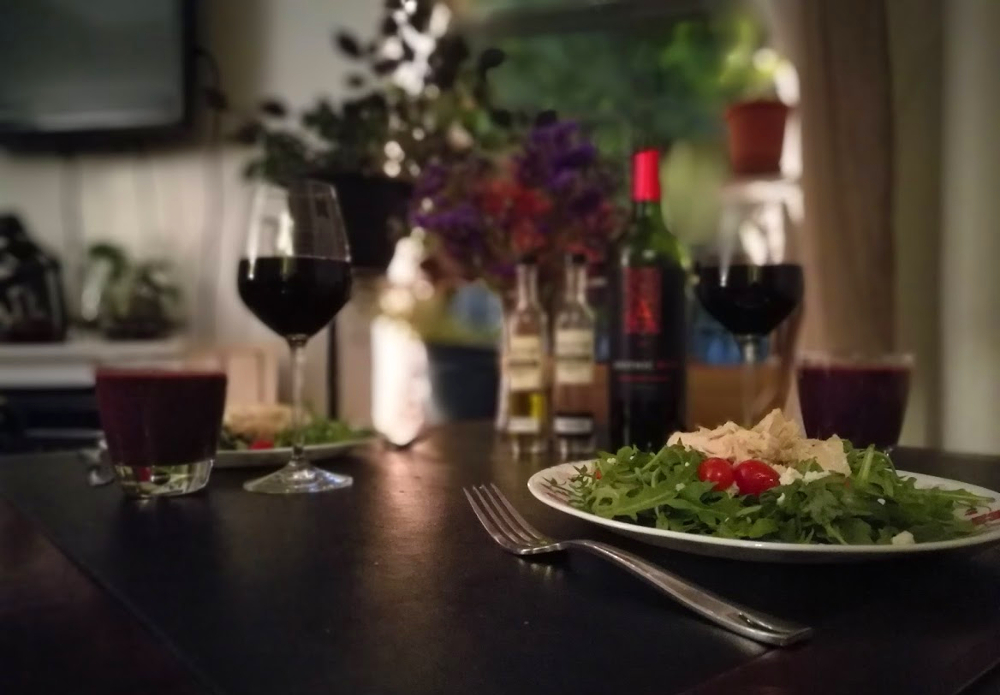 As I mentioned before, my friend is very passionate about environmental topics. She loves plants, nature and animals. She’s a volunteer at her neighborhood’s Wicked Friendship Garden. It’s a pretty little garden built in between two buildings. Anyone can come and spend time in the garden when it’s open. There are benches and it creates an escape from the hustle and bustle of the street. Emily helps maintain the garden and does volunteer shifts to keep the garden open.

Emily and I are both intensive tea people, so on Sunday we grabbed our tea pot and breakfast and headed to the garden for her shift. She opened up the garden gates and was available if someone wanted to come in and ask questions. It was so relaxing to just sit, talk and drink tea while the sun was creeping up higher and higher in the sky. If you happen to be in New York and want to visit the garden, you can find it at 499 W 150th St. 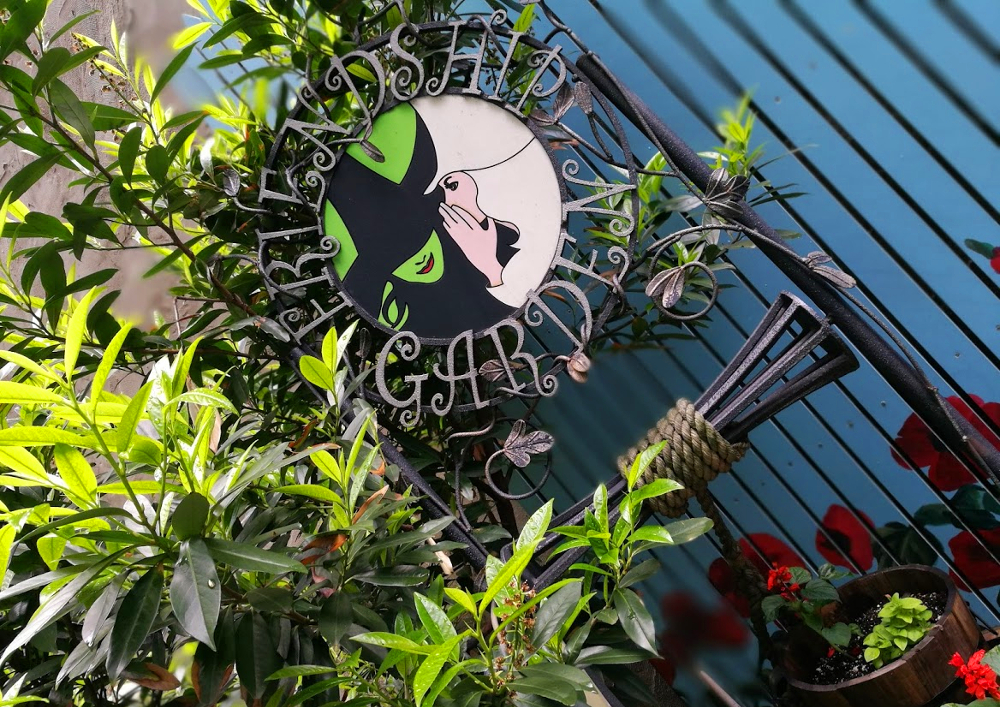 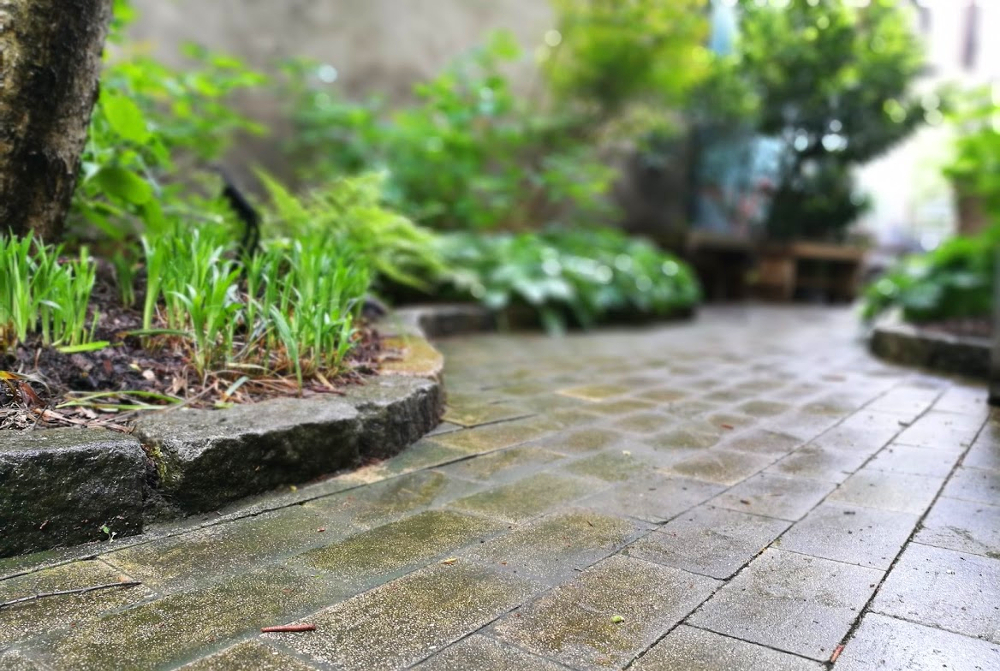 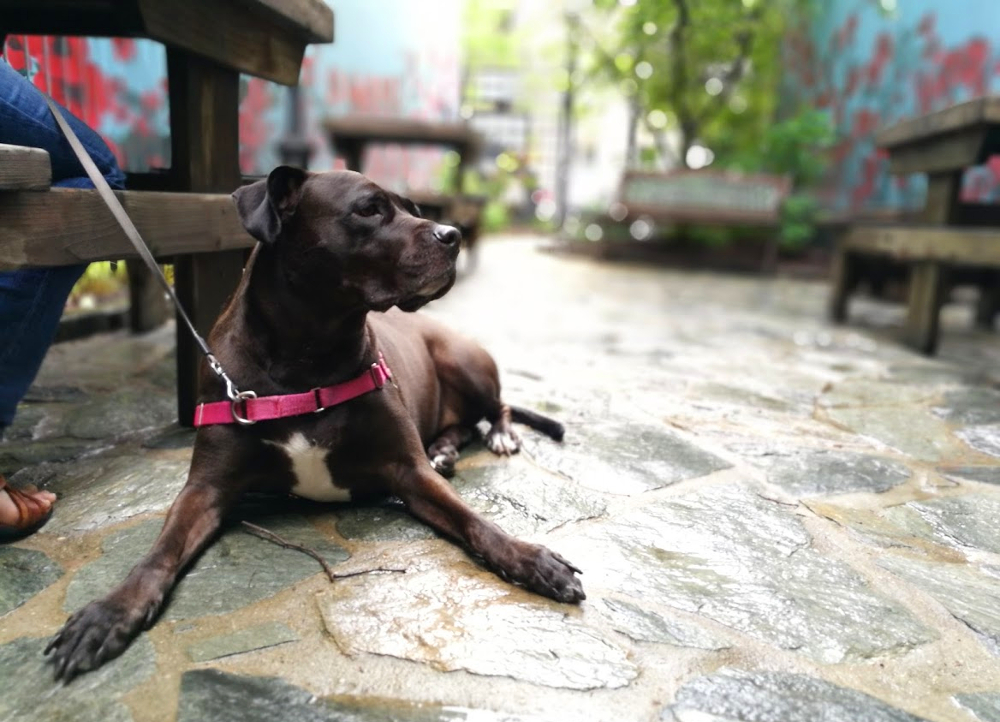 On Saturday it was pouring, but Sunday’s weather was perfect: sunshine, warmth and a light breeze to cool you down. We were supposed to spend the day chilling at home but ended up taking a walk and running errands. We walked around Harlem and the surrounding areas for a few hours, stopped by Columbia University and walked back following the river. I’ll tell you more about this day later. This week our plan is to head over to Chinatown and possibly explore another neighborhood as well. This weekend is Memorial Day Weekend so we’re thinking about maybe going camping. Let’s see what this week brings on!